I just accomplished something I’ve always wanted to do in my life. I witnessed the Space Shuttle take off!!! Granted I was 6 hours north of the Kennedy Space Center but never the less, I saw this incredible shuttle head off into space.
I’d always heard you could see the space shuttle take off from the south end of Tybee but until this week never quite took the time to follow the schedule to watch this. This was actually the 4th attempt this week- earlier in the week I’d ridden my bike down to the south end to watch this only to find out with 10 minutes to go, the launch was stopped. My new favorite reality TV is www.nasa.gov and the you go to the NASA TV section. You can spend hours watching the shuttle’s every little detail. So I’ve been following this and figured out exactly how long it would take me to ride my bike to the south end and position myself on the beach to watch this. As of 25 minutes to launch- everything was a go, so I headed down.
There were lots of people on the beach and walk over waiting, the air was cool- no humidity, the moon was bright and the stars out in full force. Then exactly 1 minute before midnight I heard several excited squeals and there she was!!! A huge red trail of fire heading up the coast towards Africa. We could watch the shuttle for a full 5 minutes until she became so small we couldn’t see her any more. We all applauded with excitement!!
I silently wished the astronauts Godspeed and then I thought about Senator Ted Kennedy. I had spent the evening earlier watching the Irish Wake of Senator Kennedy and couldn’t help but smile when I saw the red fire trail head off into space. This was a man who believed that our country was truly the greatest on earth and believed anything was possible . After seeing the shuttle tonight, this just re affirms that when we Americans put our minds to something, anything is truly possible. This was a wonderful way to cap off the day of honoring him.
I will be sure that I am on the south beach watching every single launch I can until the day comes when I can actually be at the Kennedy Space Center watching right there! 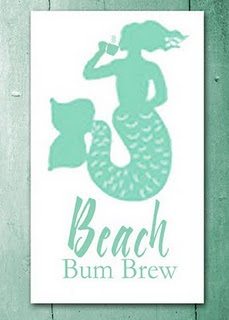 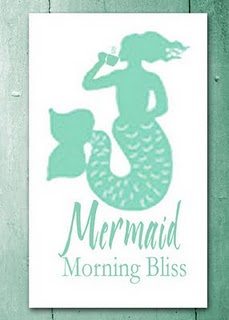 We’re down to the final two choices for the coffee. These are the two names and the wonderful label designed by one of our guests- Melissa from South Carolina who is a digital scrapebooker. We’ve posted these on Facebook on our Mermaid Cottage page and are asking everyone to make a comment with your choice for the winning name. Don’t you love the label? Brillant as our friends in the UK would say!

We’re also starting the tasting process to select our coffee- Mary Lou and Judy are our offical Mermaid coffee tasters and they have promised to select a coffee sure to please everyone.
Add you comment for your choice and we’ll annouce the winner next week! Thanks everyone for being part of this whole project. We’ve loved everyone jumping on board. 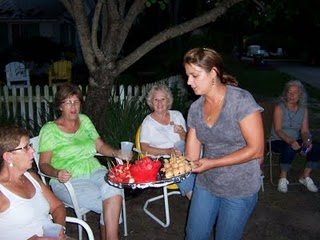 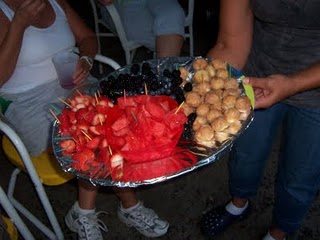 We here on Tybee are always looking for a reason to have a gathering! Last Saturday night was no exception and we organized a “burn down the church” party on the front yard of Fish Camp Cottage which sits directly across the street from the church. 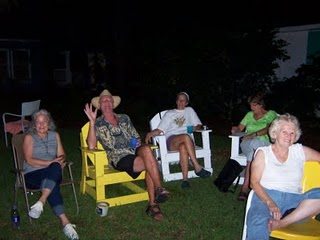 A few of the neighbors gathered along with Mer people: Mary Lou, David & Judy and Seaside Sister Susan. We first all sat right outside the picket fence with a perfect view of all the action. And boy was there action! We looked like we belonged as part of the cast and crew- so much that the movie catering company started to include us in the hourly food service provided for everyone! Silver tray service- fresh fruit and mini Krispy Kreme donuts is pictured here. We are sorry Margo and her family weren’t here for the final night, but we know they had fun all week watching the other scenes being shot at the church. 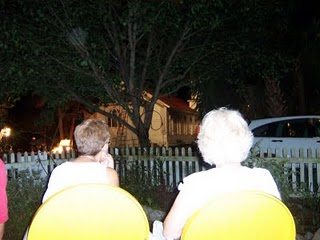 The director did ask us to move back inside the fence because it turned out that we were right in the view of the camera . The church burning was incredible, take after take of the same burning. The church wasn’t damaged at all, but it sure will look like a major fire overtook the church when it makes it to the film. The fire started at dark and they didn’t finish up until well after midnight. Vickie Lynn – another of our mermaids- who is also a Tybee Volunteer Fire person, was an extra for the movie as well and she didn’t finish up till well after 3AM. 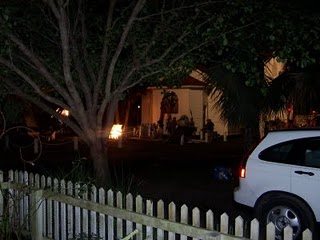 The movie is all finished now, everyone has left and gone back to LA and everything seems so quiet. We can’t wait till January 8th when The Last Song comes out! 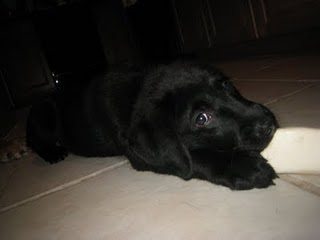 Mermaid Cottages sponsors a Guide Dog Puppy each year. This year we’re actually sponsoring two puppies and the newest puppy- Berkeley Springs ( or Berkeley as we’re going to call him) is coming by for a quick visit so we can meet him before he heads to Florida with Sandy his puppy walker who’ll have him for the next 18 months to socialize and start the basic training. Lots more to come on Berkeley. He’s been named to honor my step dad Bob who died earlier this year- Berkeley Springs was his beloved hometown and I couldn’t think of another name that would be better to remember Bob! 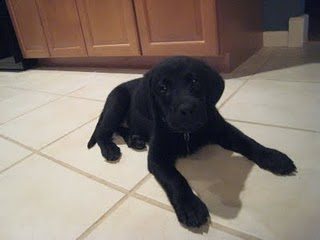 For those of you on the island on Saturday- tomorrow August 15th, meet us at the Tybee Turtle and Welcome to Tybee sign to help us clean up the Gateway to Tybee. One of our favorite groups of people on Tybee– Tybee Beautification will be hosting their quarterly pick up the trash Saturday. We’ll meet at 8AM and will pick up trash all morning ( or as long as you can stick around). We hope to see lots of you there.