Tybee has plenty of eccentric nicknames and monikers.  The one we hear the most is quirky.  Well, it’s almost time for Halloween, so when quirky meets eerie it can be very spooktacular! This weekend is a perfect example as Bo Bien Hut debuts it’s Rock & Roll Surf Zombie Shark Attack Heart Attack outdoor haunted trail.  It’s going to be another hauntingly family friendly adventure.  It runs October 22-24 and then again October 29-31, from 6-9 p.m. each night.  It’ll be an outrageous and ghastly treat that only cost $5 to enter (kids 5 and under are free!).  All proceeds will benefit our Tybee Maritime Academy, it’ll be worth quite a scare, don’t you think?

Here come goblins and ghouls hoppin’ down the Haunted Hut Trail to a surf-a-go-go theme.  If y’all remember, a hydrogen bomb was ditched in the waters off Tybee back in 1958.  Legend has it that a great white shark bit into the Tybee Bomb as if it were food, making the shark radioactive.  It’s so bombed up with radiation even swimming past it can turn you into a zombie surfer.

We double-dog, haints-across-the-sky dare you to go both nights, but if one night is enough, hop on into Savannah the next night for Stranger Than Fiction at Davenport House Museum!  This living history program is produced in and around the historic Davenport House Museum on Friday and Saturday evenings in October at 7:30 p.m. You’ll see historical entertainment on the many extraordinary ideas, beliefs and objects with which people in the 1820s would have been familiar. Images and phenomena to be considered include visualization of the supernatural, Phantasmagoria, Frankenstein, Animal Magnetism and The Court of Death. While visitors maneuver the historic site they will come into contact with those who lived there in 1828 as they hear about what thrilled, scared and horrified Savannahians of that time! 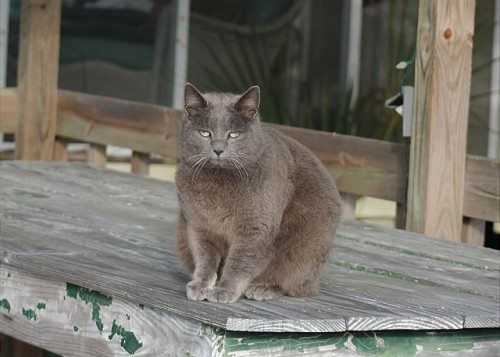 So, when quirky meets eerie, you can be sure a good time to be had by all.  You’ll be touched.  Literally.  We can’t say by whom and how frightening it will be, but you’ll be touched…