While on my road trip I read and read and then read some more= all those great books I didn’t get a chance to read all summer. One of the books I read was the Nicholas Sparks book that was filmed on Tybee all summer. Really enjoyed the book- of course in large part because I could visualize every part of the book and where it was shot on Tybee. Can’t wait till the movie opening!!! I recently found this overview of the book/ movie and thought others would enjoy reading this. I also want to point out what the cover photo is of the book- it’s actually baby sea turtles making their way to the ocean after they hatched!

The Last Song’s premier has been pushed back to April, which is great- another Nicholas Sparks movie is coming out in Jan 2010 so it didn’t make sense to have two of his movies opening in the same month. You can always read more about this author and the stories he tells www.nicholassparks.com

“The Last Song is an upcoming 2010 coming of age drama film starring Miley Cyrus and directed by Julie Anne Robinson. Nicholas Sparks was approached to write both the film’s screenplay and the novel by the same name with Miley Cyrus in mind for the lead role. Sparks completed the screenplay in January 2009, prior to the completion of the novel. Imagined as a star vehicle to introduce Miley Cyrus to older audiences, The Last Song film’s storyline follows a troubled teenager, played by Miley Cyrus, and her estranged father, played by Greg Kinnear, as they reconnect with each other through music during a summer in a quiet Southern beach town. The Last Song film also stars Kelly Preston and Liam Hemsworth and is produced by Offspring Entertainment for Touchstone Pictures, an alternative film label of The Walt Disney Company.

The Last Song is Sparks’ first screenplay to be brought to film as well as RobinsonÃ¢â‚¬â„¢s feature film directorial debut.The plot, originally set in North Carolina like the novel, moved to Georgia after states campaigned for months to host production.

Upon beginning production in Tybee Island, Georgia and nearby Savannah, The Last Song became the first movie to be shot and set in Tybee Island. Filming lasted from June 15 to August 18, 2009 with much of it occurring on the island’s beach and pier. The film was originally scheduled for release on January 8, 2010, but the film has since been postponed to April 2, 2010.

Miley Cyrus as Veronica “Ronnie” Miller, an angry seventeen year old forced to spend a summer with her estranged father.* Kelly Preston as Kim, Ronnie’s mother, who raised Ronnie in New York City after her divorce.* Greg Kinnear as Steve Miller, Ronnie’s father and former Juilliard professor and concert pianist who moved to Georgia after his divorce. During the summer, Steve reconnects with Ronnie through their mutual love of music. Steve also works to construct the centerpiece of the local church, a stained glass window, after the original was destroyed in a fire.* Liam Hemsworth as Will Blakelee, a skilled beach volleyball player and member of the local cool crowd, Will dreams of attending a top university and volunteers at the Georgia Aquarium. He is Ronnie’s love interest.* Bobby Coleman as Jonah Miller, Ronnie’s younger brother sent along with his elder sister to Tybee Island.* Nick Lashaway as Marcus, the leader of a gang of thugs who hustle money from beach carnival crowds through spectacular fire juggling performances.* Carly Chaikin as Blaze, a rebel[19] who befriends Ronnie when she is sent to Georgia. However, Blaze betrays Ronnie when she frames Ronnie for shoplifting a watch.* Adam Barnett as Teddy, a young thug adept at hacky sack and juggling, skills he uses as part of Marcus’ crew to hustle money.* Nick Searcy as Tom Blakelee, Will’s father.* Melissa Ordway as Ashley. Will broke up with Ashley after a two-year relationship shortly before the start of summer, and Ashley is desperate to win him back. Ashley is close friends with Cassie.” 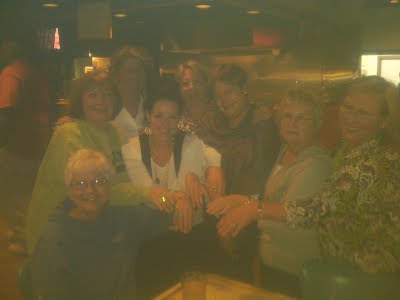 Just returned to my beloved Island Paradise late Thursday night in time to welcome and greet not one but SEVEN retired school teachers who are staying at the fabulous Paula Deen’s Y’all Come Inn. These ladies have been friends and co workers for years and since they are all Paula fans, came down for a long weekend to enjoy Tybee, enjoy some great meals and to spend time together.

Tonight’s highlight was dinner at Uncle Bubba’s Oyster House. Part of the perks of renting Y’all Come Inn is guaranteed reservations at both The Lady and Sons and Uncle Bubbas. No waiting in line for our guests ( which for those of you who have waited you know this is worth it’s weight in butter!!) The girls invited me and we walked in right on time and were immediately seated. Place was packed but our server came right over and took GREAT care of us!!! We ordered as appetizers the Char Grilled Oysters. I’d heard these were good, but that doesn’t even begin to describe how yummy they were. Hot with parmesan cheese melted on top. OMG!!!!!!

As we are chowing down on our first course, none other then Bubba himself comes over to ask if we were the people making trouble at his big sister’s beach house!!! The ladies loved it and everyone was talking at once. Such fun. Then- the even bigger highlight- Corrie Hiers- Bubba’s daughter and Paula’s niece ( and yes, the same Corrie who cuts and colors hair @ Towne Salon in Savannah AND has her recipes featured in the Deen Family Cookbook- yes- the Carrot Cake recipe creator!!!) comes over to say hello and show us her beautiful engagement ring! She takes after her Aunt Paula and loves her diamonds! This picture is all the ladies gathering around Corrie showing off THEIR rings. But we all agreed that Corrie’s ring outshone us all.

Corrie told us a little secret – and remeber she’s telling this to 7 Paula Deen Fans who know a zillion people so guess how secret this secret is going to be. Aunt Paula is planning the wedding reception so you know it’s going to be a fairy tale come true. Lucky Girl!

We all ate till we couldn’t eat any more, even took home doggie bags of food. The iceberg wedge with bleu cheese dressing, the Creamy Crab Stew, the fried shrimp- this restaurant was just terrific all around. Be sure you visit when you get a chance- it is worth the wait! www.unclebubbas.com Another fun surprise- the decor is really very well done. The tables and chairs are new vintage inspired kitchen table and chairs from the 1950’s. Pictures of the Hiers Family are all around, you really feel like your in a family restaurant.

Thank you Bubba and Corrie for taking such great care of our guests!