One of the most endearing qualities about our cozy, seaside cottages and historic homes at Mermaid Cottages is that each house has a soul of its own.  Sometimes the soul of a cottage just reaches out and connects with a guest and a bond is formed that is hard to put into words.

Lucky for us, Kerri,  a recent guest knew just how to share her sentiments about the cottage in which she stayed.  It was so wonderful and beautiful we wanted to share her prose about this Tybee Island jewel.  At first, she was torn as to whether she wanted to share her newfound discovery with everyone, but we managed to persuade her.

Here for your enjoyment and pleasure is Kerri’s poem.

No one told Tybee that Summer was over,
. . . had been over four days . . .
. . . that the Autumnal Equinox, guided by a New Moon,
had ushered in the reign of its chilled, windblown short-day season.

Perhaps the waxing moon’s tenacious tug on the tides
kept Summer’s deposal at bay.
Beachside, waves curled like muscles and crashed in protest;
while the sea rose, flanking high to engulf the grassy marsh.

Or was it the cicada symphony strung so sweet,
so insistently rousing wave after wave
of audible standing ovation for the passing Season?

Whatever,
Fall paused in the anteroom, lingering over incomparable Summer’s sunsets,
I saw it. …

No One Told Tybee Summer Was OverRead More »

In honor of and in memory of those that gave all. 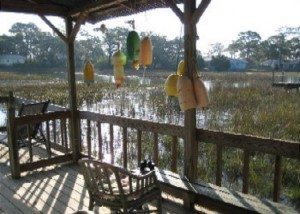 “I vant to be alone…”, lamented the famous reclusive beauty, Greta Garbo.

Sometimes, you just need a little “ME” time.  There doesn’t have to be anything wrong.  In fact, everything could be just right.

Just ask the countless writers that book Fiddler On The Creek on a regular basis.  For inspiration, a little solitude and a deck that’ll have you doing your best Tarzan yell, you owe it to yourself to experience this charming little bungalow.

Just four quaint, delicious rooms-a living room, a bedroom, a cottage kitchen and an “under the hula moon” screened porch.  You can’t even guilt yourself into much housework.  There’s no dishwasher, no washer, no dryer.  Just pure blissful solitude with which to indulge and recharge your senses. …

As the summer season winds down, take that last look at the sea before you head back home.  Soak it all in and let it last forever.
Wet your lips with the spray from the waves so that you will always keep the taste of the salty sea on your palate.
Reach out with both arms and tuck away into your heart the sights of the sizzling sun as it melts into the surf…
…when you’re feeling a little beachy and in desperate need of a break from the stresses of life keep this link handy and let the memories of your Tybee Times soothe your soul…
But, most important…
Remember to live your best life.  Dream a little dream.  Grab for the best this world has to offer.  Take a chance on love. 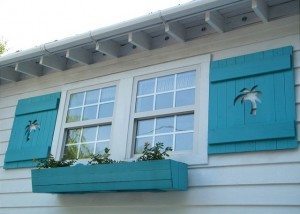 Cottage Couture.  Is it just me or does it happen to you, too?

Sometimes, when I’m strolling along the avenues on Tybee Island, admiring the candyland of cottages along the way, I get the distinct feeling that some of the quaint little homes are winking at me.

Now, I know y’all are thinking that Tybee is well-known as a drinking island with a fishing problem and that I must be pie eyed on a walk of shame, but I’m as sober as a judge.  I really do feel as if some of the cottages are calling me.  “Come here, little boy (yes, no matter how old I get I see myself as just a lad).  I’ve got something to show you.”  Come closer. Wink. Wink.

It’s those gorgeous shutters with the island motifs and colors that beckon me.  They say that the eyes are the windows into the soul and I think it’s pretty much the same for little houses.  What was once a device to keep out the sun, the wind and other elements is now a calling card of hospitality. …