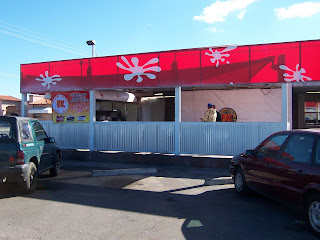 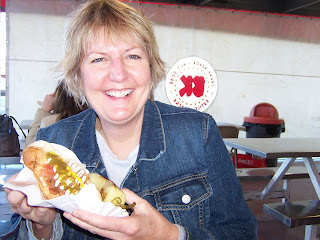 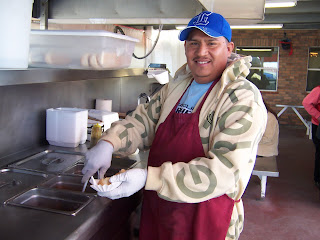 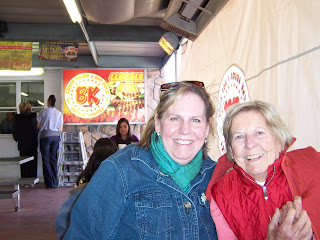 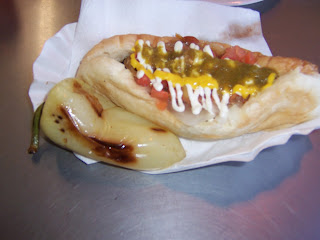 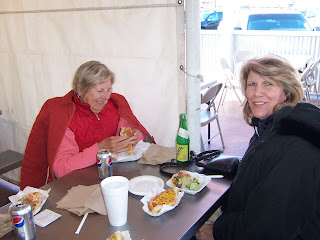 I love to find Diners, Drive Inns and Dives just like Guy from the Foodnetwork does. The more local color, the better for me! We’re staying at the JW Marrioct Starr Pass here in beautiful Tucson and had dinner at Melissa Kelly’s Signature Restaurant, Primo the first night. While there, I read that Melissa’s favorite restaurant in Tucson was a local place called BK’s Hot Dogs and Tacos.

When we finished dinner, I went over to thank the chef’s at the open kitchen area. I asked them if they’d heard of this place and all three of their eyes lit up. I took that as a very, very good sign. They all chimed in this was one of their favorite places to eat, but the one young chef said- are you sure that’s where you want to go? I responded, any place that causes a chef’s eyes to light up is somewhere I want to eat! We found the restaurant- about 8 miles from the resort in a rather sketchy part of town…. There were lots of people there and besides, we weren’t going this far to turn back now! The menu was all in Spanish, but there were lots of pictures. We ordered the hot dogs with the works. This included bacon, beans, onions, jalapeno peppers and lots of cheese. The tacos were the soft version- with it’s on taco fixin’s bar to add what ever you wanted. Which we did!!! 5 of us ate til we were stuffed and the total came to $24.25!

Best of all… come to find out the Food Network is actually coming there next week to shot a feature on the show! How much fun is that!