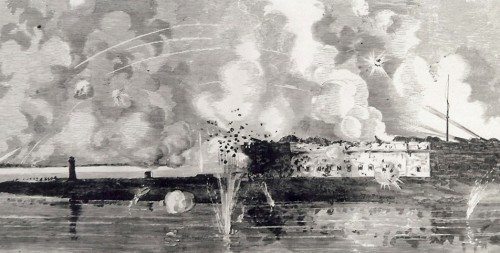 It’s the 149th Anniversary of the Siege and Reduction of Fort Pulaski!

During the Civil War, Union troops launched the first systematic use of rifled artillery against a masonry fort.  They lined up cannons and bombarded Ft. Pulaski until the walls were breached and the Union Troops took over.  This one battle changed the make-up and design of future forts around the world!

Ft. Pulaski and the Tybee Island Historical Society will commemorate this historic battle April 9 and 10, 2011.  Among the many demonstrations and re-enactments, cannon firings and soldier maneuvers will be presented.

Come out, learn and enjoy the monumental history of Ft. Pulaski and the Tybee Island Lighthouse.

For more information and a complete list of activities for both days go to http://tybeevisit.com/tybeebattleatsiegeapril9-10