“Has anybody seen mah cows?” 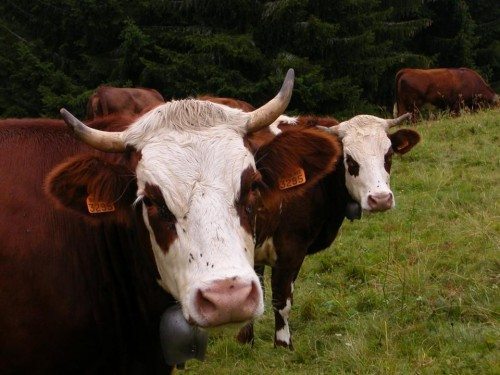 “I was relaxing and a pondering on mah front porch, sipping a glass of sweet tea, and I just happened to see those old heifers heading down the road…Yonder way…”

My mother.  Gone With The Wind, Steel Magnolias, Jezebel, Divine Secrets of the Ya-Ya Sisterhood and Sweet Dreams all rolled into one.  Of course, you must add the movements and gestures if you want to get the real picture.

“Has anyone seen mah cows?”, she asked ever so sweetly whilst twirling her skirt, her hand brushing the flowing and tousled brunette waves of hair from her cheek.  Something sparkling and shiny glistening in the afternoon sun as her hand followed the cadence of her lilt.  “I was relaxing and a pondering on mah front porch, sipping a glass of sweet tea, and I just happened to see those old heifers heading down the road…Yonder way…”, where upon she thrust her arm from her face, hand outstretched so as to give the onlookers a closer look at the bauble on her finger.

You see, it’s quite impolite and against Southern etiquette to outright brag about some new material possession, but if you can ever so discreetly flaunt said new material possession under the guise of something totally unrelated, causing said onlookers to ask about your new bauble you have not violated the Southern code of conduct.

My whole life I had never known my mother to be anything other than a hard working housewife, mother, nurse, fix it queen, shuttle driver, Southern Baptist Christian, church going, straight as an arrow rock.  But, towards the end of her life the most wonderful thing happened.  We became more than mother and son.  We became friends.  I really got to know my mother as a witty, fun loving, giggly, lively, impulsive delight!

She told me this story of when she got her first real piece of jewelry.  She was just a teenager.  She was a real beauty.  She was so pretty her mother would shoo her in the house and lock her inside if a man came into the yard.  More than once my grandmother sent gentlemen callers on their way because they had not called ahead to properly ask permission to stand in the front yard and talk to my mother.  Even though they had walked miles to see her.  One day, my grandfather gave my mother  her first big girl ring.  It was something to behold, she thought, and couldn’t contain her excitement.  She wanted to run around to her friends to show it off, but my grandmother told her it would be a sin to be so proud of a material possession.

At first, my mother sulked, but then she devised a plan.  If she could somehow get out of the house without my grandmother knowing, she could make it to her friend’s house and under the ruse of asking if they had seen her wayward bovines, she could wave her hand around in the air with so much commotion her friend couldn’t help but notice that new ring.

And that, my mother told me, was how you showed off and got noticed while minding those sacred, southern manners! What do you know?  Why, yes!  That is our own beloved Dutton-Waller Cottage on the pages of Southern Living.  How sweet you are to notice.  What’s that?  Oh, you make me blush!  Well, yeah.  They done gone and named the kitchen one of their all time favorite all white kitchens.  That’s right.  Well, since you brought it up it is quite an honor.  You know I’m not one to brag or show out.  We’uns prefer to quietly bear our pride without showing off.

But, since you brought it up I guess it wouldn’t be too much of a sin to agree with you that it sure is pretty as a picture.  I don’t know of much anything else so lovely…’cept maybe the rest of the house of which I just happen to have this here little ole one or two pictures to show y’all…

Why, yes.  If you insist you can look at ’em.  Gracious!  There comes someone else I know…’scuse me.  Have you seen my cows?

It’s about enjoying the good things in this life.  It’s about knowing just a tad of mischief makes life interesting.  It’s for sure a big deal to get yore picture splashed across a glossy, color magazine like Southern Living.

Congratulations to Diane Kaufman and Mermaid Cottages:Dutton-Waller named one of the all time favorite all-white kitchens by Southern Living (and it got featured in a little ole book by Paula Deen, too!)