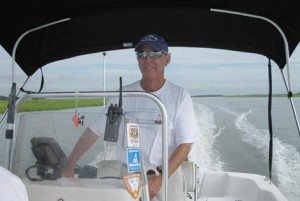 Have you ever had the perfect Mermaid Day?

Recently, the Mermaids (and one lucky Merman) had just such a truly awe-inspiring experience.  We spent the day with Captain Harvey aboard his Sweet Lowland Tybee Tours and for several magical hours we marvelled at the beautiful island paradise we call Tybee Island.

Now, finding Captain Harvey’s headquarters is as easy as finding AJs Dockside Restaurant, a Tybee Island staple for anyone that loves our fresh from the Tybee waters seafood and a beautiful waterside table from which to enjoy some of the most spectacular sunsets ever seen.  Just amble on over to AJ’s and look to the left of the front door where you’ll see Sweet Lowland Tybee Tours painted on the gate.  Of course, it’s best to give Captain Harvey a call to book your tour, but just know that by stepping through that gate you’re in for a trip of a lifetime with someone who truly loves our Georgia coast.

Just grab a hold of your friends, slather on the sunscreen, plop a wide brim hat on your noggin and prepare to be wowed.  Captain Harvey will welcome you with all the graciousness of a true Southern gentleman and carefully and skillfully weave the tales of his beloved homeland just as masterfully as he navigates the marshes, low-lying waters and the winding water trail amongst the beautiful Spartina Grass.

For the first little while, Captain Harvey explains the tidal changes and ecology facts as if he was narrating a fascinating sea going novel.  It’s evident he’s an expert at what he does and he loves it so much you will soon be hooked. 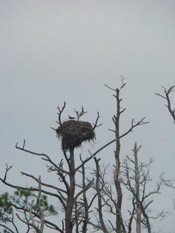 Sneak a peek at the depth finder on board and you’ll wonder how in the world he could possibly pilot his boat in the shallow waters, but just watch him at the wheel and you’ll know he’s done it many times (in fact he does it almost every day).  Soon, the Spartina grass opens up as if Moses had outstretched his hand, so be prepared to behold one of the most beautiful sites you’ll ever see.  The tides and shifting soft bottom sands come together to create a breathtaking island oasis seemingly out of nowhere.  If ever I wanted to be stranded on a deserted island this would be the place (insert the theme from Gilligan’s Island, here).  It’s just that beautiful and I’m just that serious. 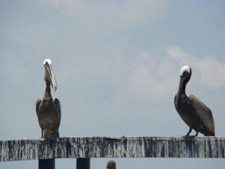 Now, this is just half of the tour we enjoyed.  Stay tuned next week to learn about our extended excursion that included dolphin sitings and a trip around Cockspur Lighthouse.  I’ve been telling anyone who would sit still long enough about this eco tour.  I hope you give Captain Harvey a call and tour with him soon.  You may think you love Tybee Island and our Georgia Coast already, but a trip with Captain Harvey will make you be a better person and a better caretaker of this wonderland along the sea.