Eli, a black lab specially trained as a bomb sniffing dog in the military was on duty when his handler was struck by a Taliban fighter’s sniper bullet.  Eli was the first to reach his handler’s side and he guarded over his fallen handler even as other soldiers tried to pull him away.

Eli had sniffed out two bombs already that day.  Against all rules, Eli had slept in his handler’s cot or sleeping bag. Always.  Eli had only eaten the same rations as his handler.  Always.  Eli was a soldier.  Always. Eli’s handler wrote on his FACEBOOK page, Whatever’s mine is his.

That was a promise and it was forever.

Mermaid Cottages and Beach Bum Biscuits honor and remember Pfc Colton Rusk and Eli for their bravery and service to our country and everyone evereywhere in this world.

We salute and thank the Rusk family for their loyalty and for opening their home to Eli. 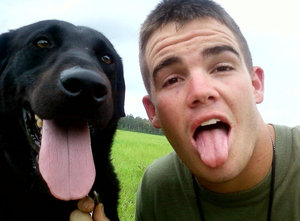 To learn more about the bravery and sacrifice of this most honorable young man and Eli go to military.com and http://www.military.com/news/article/fallen-marines-family-adopts-bomb-dog.html 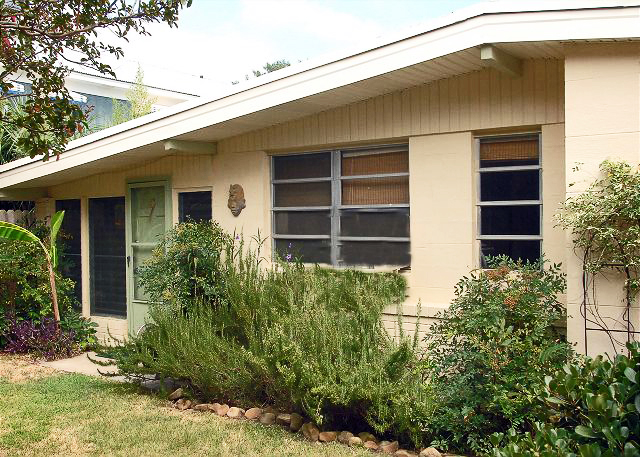 It always brightens our day here at Mermaid Cottages to hear from a recent guest who had a fabulous trip. This message definitely made us smile!

“Canty’s Cottage was a blast! My husband and two children and I were were visiting my family to celebrate my mom’s 80th birthday. We decided to get a place at the beach, and we were so happy to have found Canty’s Cottage! The location was quiet and away from the “beaten path”. The rooms were very comfortable, and the little details like plenty of beach towels, spices in the pantry, and books to read on the shelf were so homey. The kids were thrilled with their bedroom with the cute night lights and playful motif. We would love to make the Canty’s Cottage visit an annual one!
By We Love Canty’s Cottage! from Lincoln, VT for a 8/1/2010 stay”

Thank you so much for sharing your Mermaid Cottages experience with us, and we hope to see you again soon!