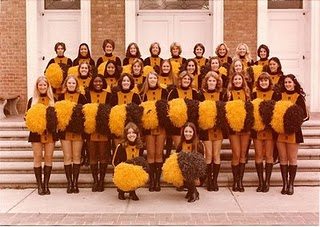 I’m off to my college for Homecoming this weekend, but even bigger ( especially since I haven’t been to one Homecoming in 30 years) is I’m attending because of the 100th Year Anniversary of the Marching Band- of which my Pom Pom Squad was part. More to come on this after the weekend, but in the meantime, here’s a picture of my squad in 1974 at the University of Maryland ( can you find me with my Farrah Fawcett hairstyle which we all had in 1973 on?)
You can also visit the website we have set up for the weekend http://www.pomterrapindancers.shutterfly.com/ for all the details and pictures! My years were 1969- 1977 with my actual years 1973- 1977. Enjoy! 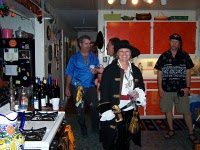 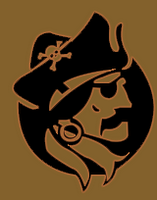 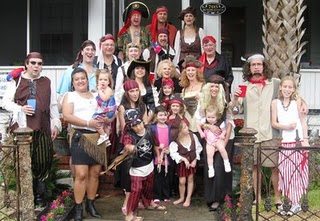 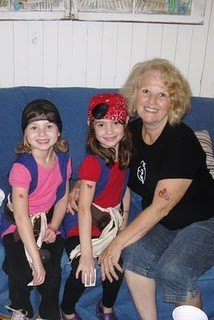 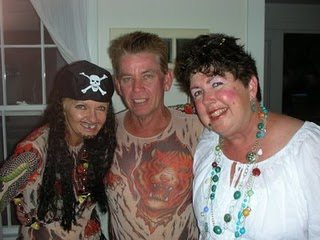 Pirate Fest here on Tybee brings out the best in people. Yes, these well dressed “adults” are some of our cottage home owners…. Truly having a great time over Pirate Fest a few weekends agao. We all had so much fun ( even those of us dressed in normal clothes) that we all decided that NEXT year’s pirate fest we are going to participate in the Saturday Afternoon parade down Butler Ave- we’re going to be Pirate Mermaids! Haven’t yet decided if we want to be on bikes or have a float- if we do bikes, then everyone can particapate. Don’t worry, we’ll give you all plenty of notice so all of you can be here on Tybee attired in your best mermaid and merman pirate clothes! If your schedule allows next October to join us for Pirate Fest- visit the website for more details. This really is a great time for all ages! http://www.tybeepiratefest.com/